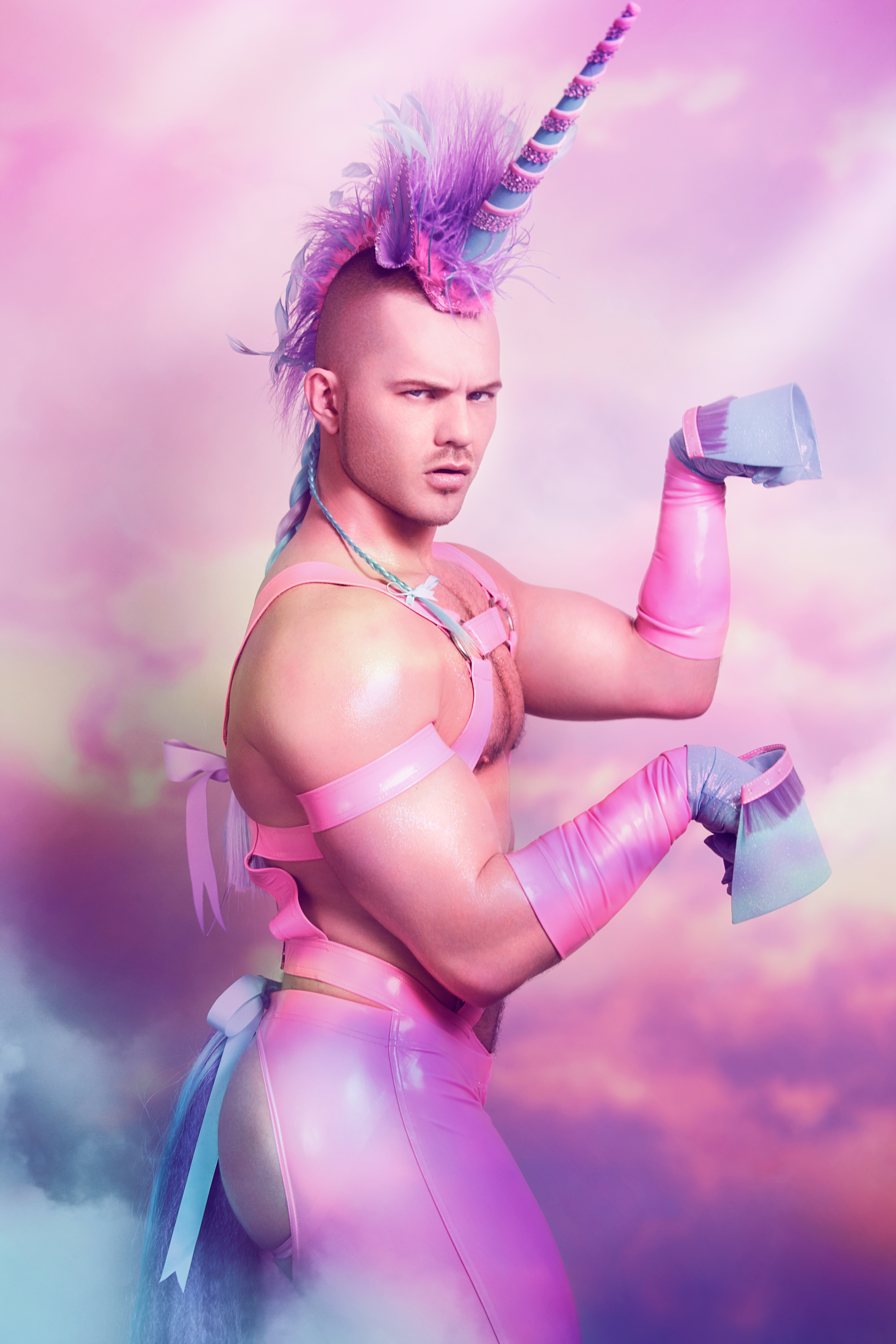 Unicorn Boy by David Mason Chlopecki, is an iconic self portrait, a provocative punk image that perfectly encompasses our modern body and identity culture, encapsulating the collective movement toward a world that cannot be shamed. Proving to be a polarizing image, this pastel portrait has resonated with many to the point that it has become a highly recognizable meme. Sometimes referred to as the "Mona Lisa of the Internet", it is a highly recognizable artwork, yet few know the subject, David Mason Chlopecki himself. Unicorn Boy can be seen on cakes, cards, christmas ornaments, oil paintings, all over message boards, as it has been co-opted countless times in major media. Over the years, merchandise like dolls and action figures have been manufactured; a business in Korea even based its entire brand identity on the image. Perhaps the highest profile reference to 'Unicorn Boy' can be seen in the Marvel feature "Deadpool", where we see the superhero masturabate using a stuffed unicorn in chaps, using Chlopecki's iconography as a cultural signifier for a mainstream character with a liberated, pansexual identity. 'Unicorn Boy' represents sexual strength without shame, a punk rock 'fuck you' to puritanical sensibilities. While intimidating to some, for many, the image is synonymous with an emboldening, ecstatic pride. A whimsical yet strong image, a Lisa Frank sticker come to life, his knowing gaze symbolizing that a new world where he knows he holds the reigns