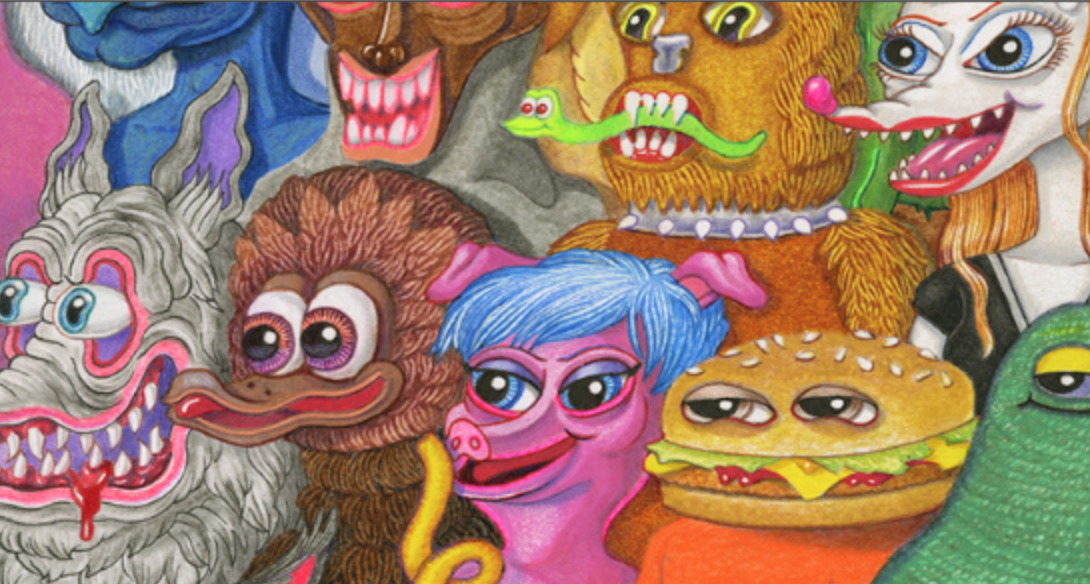 Matt Furie is a Los Angeles-based American illustrator and artist of webcomics. He works in a happy, colourful and psychedelic style, which delves into childhood nostalgia and teenage slacker fun. His best known work is 'Pepe the Frog' (2005-2017) which became an Internet meme in the late 2000s and early 2010s. Unfortunately, the amphibian got hijacked by hate groups who turned him into a symbol of white nationalism and racism, literally everything neither he, nor his creator, stood for. Furie was eventually forced to kill off his signature character in a widely mediatized Internet event and one of the biggest examples of creator backlash in history. Furie’s saga with Pepe was recently documented in the 2020 film ‘Feels Good Man’. Mindviscosity, a book of Furie’s artwork, was also published in 2020 by Fantagraphics. In 2013, McSweeney’s published Furie’s debut children's book, The Night Riders. 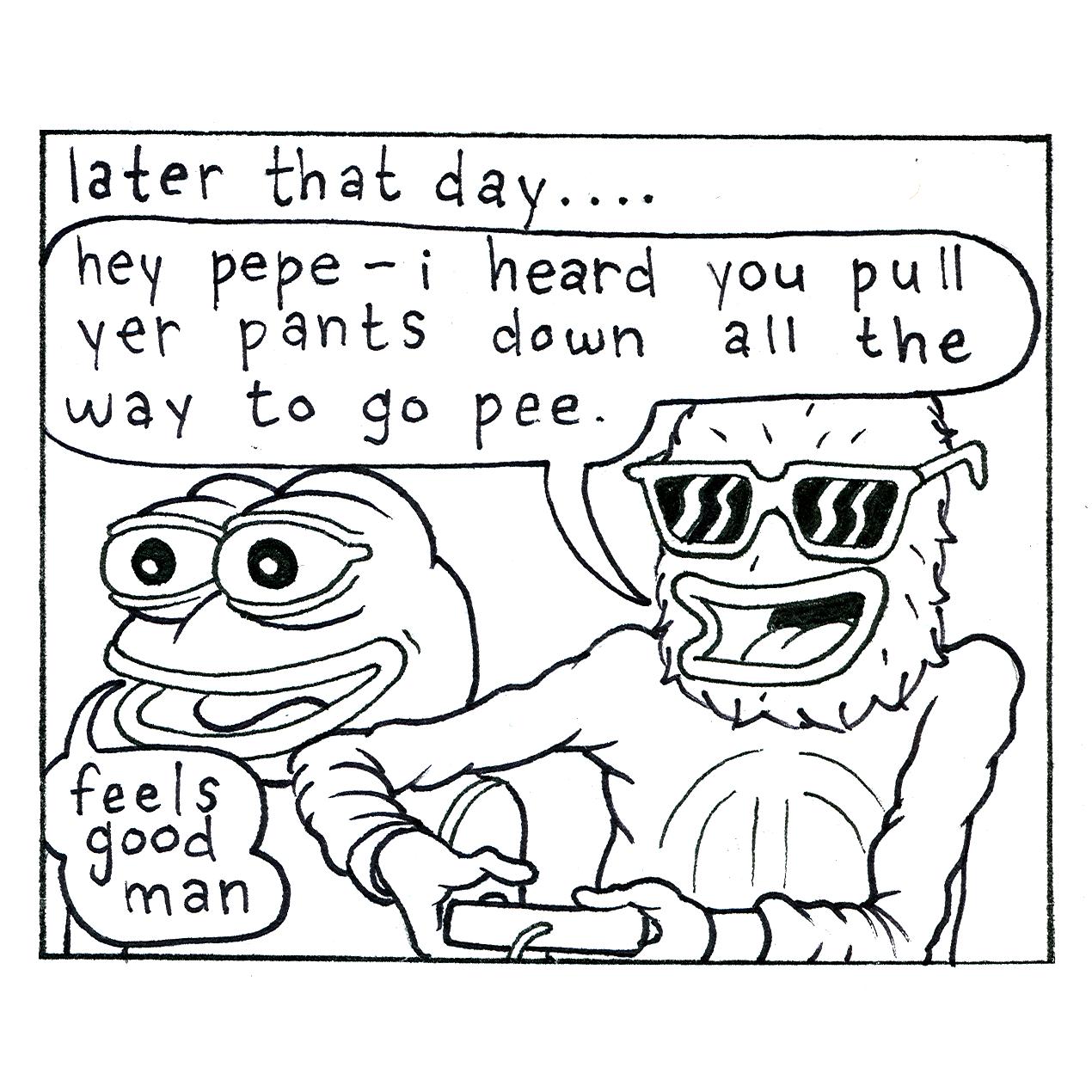