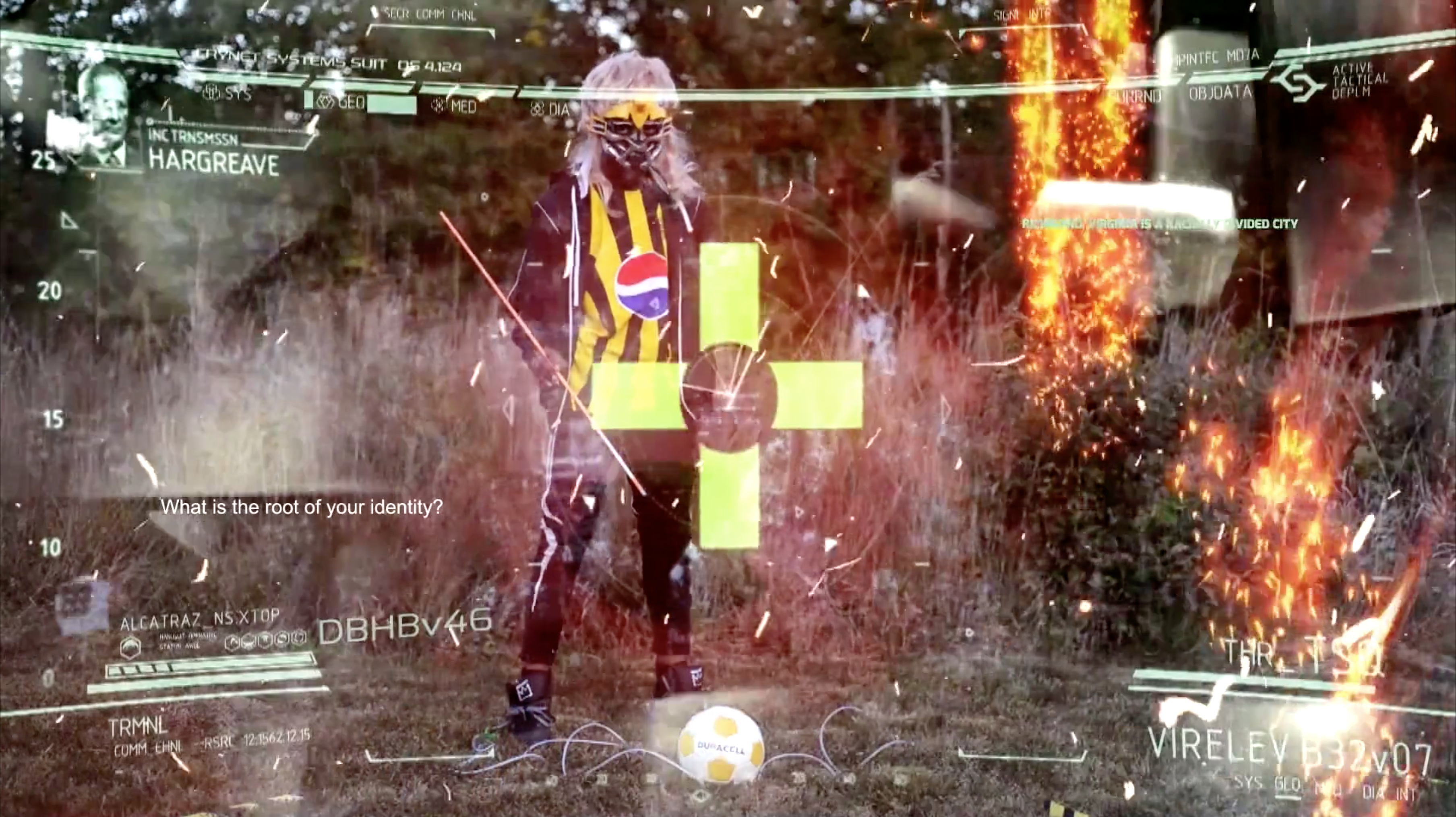 Chino Amobi is a Virginia-based experimental electronic musician, contemporary artist and producer. He is co-founder of the independent label NON Worldwide and Director of EROICA. He has previously worked in the fields of painting and sound art, and has released albums such as Airport Music for Black Folk (2016) and Paradiso (2017), which explore themes of intercontinental security, post-apocalyptic narratives and The New Global South. He is represented by Fitzpatrick Gallery (Paris; Los Angeles)

Each Work is a loop from Chino's cult film Illuminazioni which has been influential to a whole generation of artists and musicians.